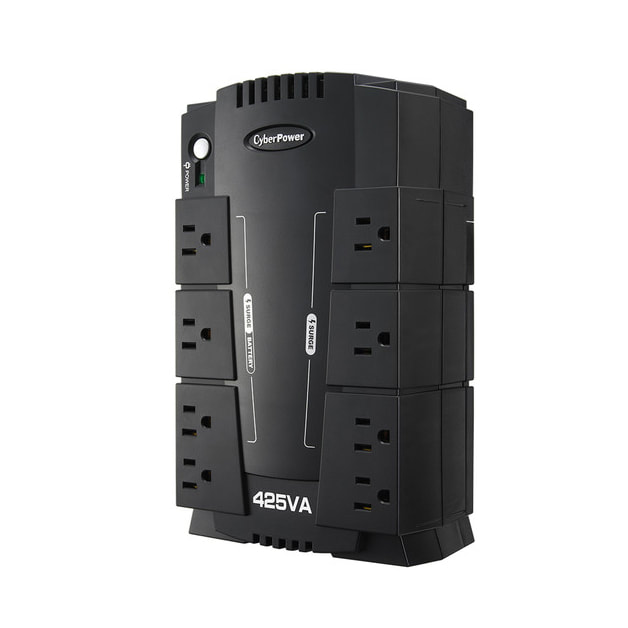 The CP425SLG Standby UPS Backup from CyberPower safeguards electrical devices from surges by offering eight surge-protected outlets, and four of these outlets are powered with an internal battery for when the power goes out. The backup unit is designed for systems using up to 255W of power and comes with a 5' power cord sporting a right-angled plug. To properly shut down your computer when power fails, the unit provides up to 7 minutes of runtime under a half load or 2 minutes of runtime under a full load. Aside from battery power, two battery/surge and two surge outlets feature a widely-spaced design, so you can plug in transformer-sized power adapters without blocking other outlets. Other notable connections include one telephone input and two telephone outputs as well as a USB port for monitoring the UPS, using a computer installed with a free downloadable PowerPanel Personal Edition software program.